“MINUTES TO LEARN – A LIFETIME TO MASTER”

Thought to be the world’s oldest board game, Go originated in China thousands of years ago. Go also became popular in Japan and Korea. In China it’s called weiqi or wei chi, in Japan it’s called i-go, and in Korea it’s called baduk.

Playing Go can be learned quickly. Two players sit on opposite sides of the board, one with black stones and the other with white, and take turns placing stones on the vacant intersection points of the grid. Players attempt to capture territory.

Despite the simplicity of the rules, Go is a complex game in which computers even struggle to defeat the world’s top Go players. Go is fun, easy to learn, and will challenge all players from beginners to experts.

WARNING: CHOKING HAZARD – Small parts. Not for children under 3 years. 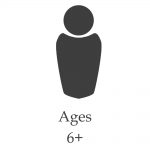 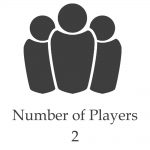