Object:
The object of the game is to have the highest score over 10,000 after the final round. 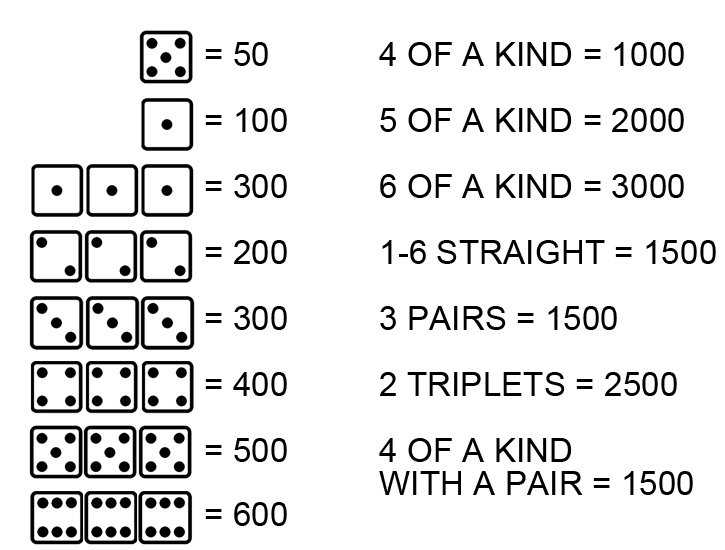 If the player can set aside all 6 dice during their round, the player has “hot dice” and has the option to roll all 6 dice again and continue adding to their score for the round. There is no limit to the number of times a player may have “hot dice” in a round.

If any roll during a round has no scoring dice, the player has rolled a Farkle and they record a 0 score for that round and their turn is over.

Opening score. Players are required to score a minimum of 500 points to get on the board. Once a player has banked their score to the score pad, their points are safe and can’t be lost.

Winning:
Once any player records a total score of 10,000 or higher, the final round begins. All the other players then get one more turn. The player with the highest score after the final round is over wins! 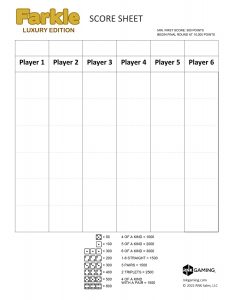